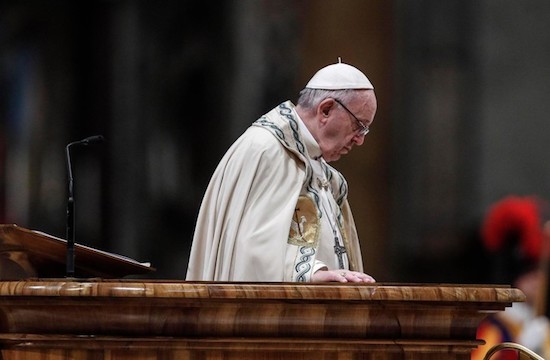 The interview was conducted in Spanish and translated by Ivereigh into English.

My third question was about government policies in response to the crisis. While the quarantining of the population is a sign that some governments are willing to sacrifice economic wellbeing for the sake of vulnerable people, I suggested it was also exposing levels of exclusion that have been considered normal and acceptable before now. 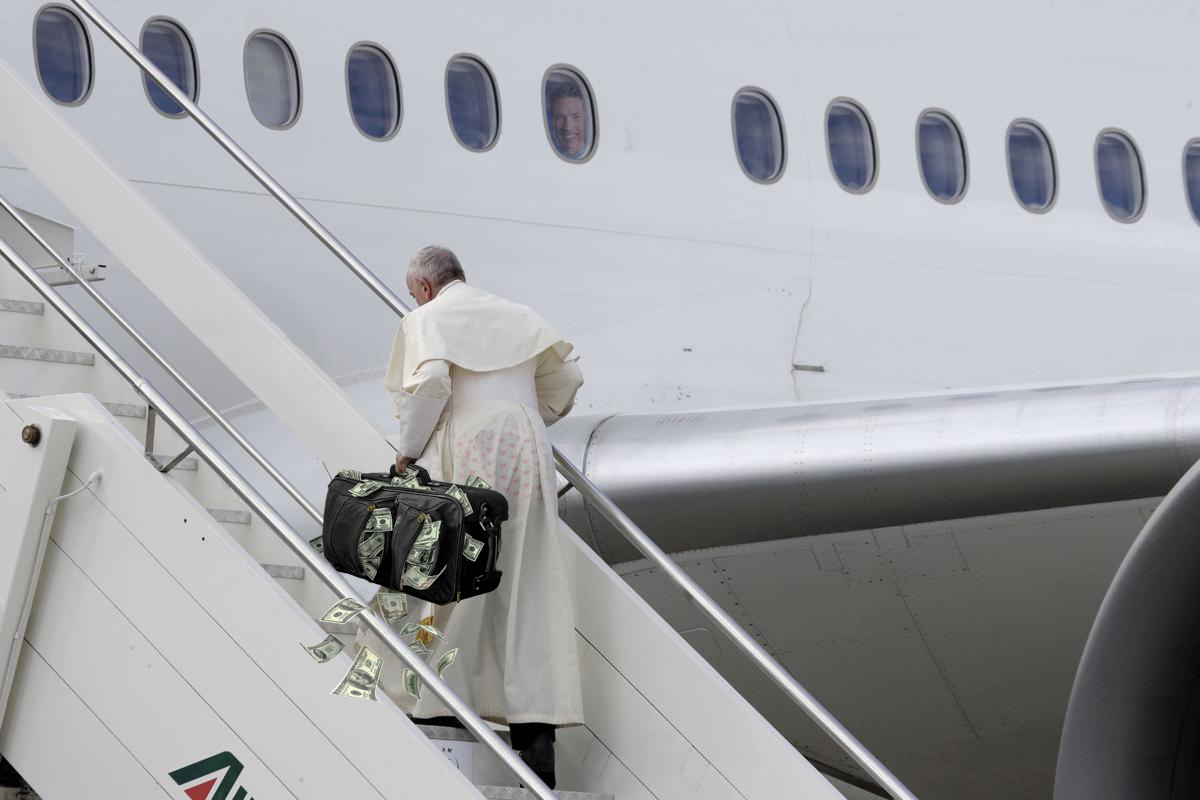 Pope Francis: It’s true, a number of governments have taken exemplary measures to defend the population on the basis of clear priorities. But we’re realizing that all our thinking, like it or not, has been shaped around the economy. In the world of finance it has seemed normal to sacrifice [people], to practice a politics of the throwaway culture, from the beginning to the end of life. I’m thinking, for example, of prenatal selection. It’s very unusual these days to meet Down’s Syndrome people on the street; when the tomograph [scan] detects them, they are binned. It’s a culture of euthanasia, either legal or covert, in which the elderly are given medication but only up to a point.

What comes to mind is Pope Paul VI’s encyclical Humanae vitae. The great controversy at the time was over the [contraceptive] pill, but what people didn’t realize was the prophetic force of the encyclical, which foresaw the neo-Malthusianism which was then just getting underway across the world. Paul VI sounded the alarm over that wave of neo-Malthusianism. We see it in the way people are selected according to their utility or productivity: the throwaway culture.

Right now, the homeless continue to be homeless. A photo appeared the other day of a parking lot in Las Vegas where they had been put in quarantine. And the hotels were empty. But the homeless cannot go to a hotel. That is the throwaway culture in practice.

I was curious to know if the pope saw the crisis and the economic devastation it is wreaking as a chance for an ecological conversion, for reassessing priorities and lifestyles. I asked him concretely whether it was possible that we might see in the future an economy that—to use his words—was more “human” and less “liquid.”

Pope Francis: There is an expression in Spanish: “God always forgives, we forgive sometimes, but nature never forgives.” We did not respond to the partial catastrophes. Who now speaks of the fires in Australia, or remembers that eighteen months ago a boat could cross the North Pole because the glaciers had all melted? Who speaks now of the floods? I don’t know if these are the revenge of nature, but they are certainly nature’s responses…

…I’m going to dare to offer some advice. This is the time to go to the underground. I’m thinking of Dostoyevsky’s short novel, Notes from the Underground. The employees of that prison hospital had become so inured they treated their poor prisoners like things. And seeing the way they treated one who had just died, the one on the bed alongside tells them: “Enough! He too had a mother!” We need to tell ourselves this often: that poor person had a mother who raised him lovingly. Later in life we don’t know what happened. But it helps to think of that love he once received through his mother’s hope.

We disempower the poor. We don’t give them the right to dream of their mothers. They don’t know what affection is; many live on drugs. And to see them can help us to discover the piety, the pietas, which points toward God and toward our neighbor.

Go down into the underground, and pass from the hyper-virtual, fleshless world to the suffering flesh of the poor. This is the conversion we have to undergo. And if we don’t start there, there will be no conversion.

I’m thinking at this time of the saints who live next door. They are heroes: doctors, volunteers, religious sisters, priests, shop workers—all performing their duty so that society can continue functioning. How many doctors and nurses have died! How many religious sisters have died! All serving…. What comes to my mind is something said by the tailor, in my view one of the characters with greatest integrity in The Betrothed. He says: “The Lord does not leave his miracles half-finished.” If we become aware of this miracle of the next-door saints, if we can follow their tracks, the miracle will end well, for the good of all. God doesn’t leave things halfway. We are the ones who do that.

What we are living now is a place of metanoia (conversion), and we have the chance to begin. So let’s not let it slip from us, and let’s move ahead…

(Answering a different question):…Those who have been impoverished by the crisis are today’s deprived, who are added to the numbers of deprived of all times, men and women whose status is “deprived.” They have lost everything, or they are going to lose everything. What meaning does deprivation have for me, in the light of the Gospel? It means to enter into the world of the deprived, to understand that he who had, no longer has. What I ask of people is that they take the elderly and the young under their wing, that they take history under the wing, take the deprived under their wing.

What comes now to mind is another verse of Virgil’s, at the end of Book 2 of the Aeneid, when Aeneas, following defeat in Troy, has lost everything. Two paths lie before him: to remain there to weep and end his life, or to follow what was in his heart, to go up to the mountain and leave the war behind. It’s a beautiful verse. Cessi, et sublato montem genitore petivi (“I gave way to fate and, bearing my father on my shoulders, made for the mountain”).

This is what we all have to do now, today: to take with us the roots of our traditions, and make for the mountain.